The Soft-Yet-Hard Skills of DJ'ing

Whether it’s politics, business, entertainment or friendship. In psychology, researchers have begun to explore emotional intelligence and the fact that when it comes to determining success in life, the ability to connect with people and manage your emotions is even more important than your IQ.

Unfortunately, one of the most widely held myths is that this soft knowledge can’t be taught, that you just have to be born with it.

This is simply, UNTRUE. In over 20 years of training DJs, I know for a fact that it can be taught. If you’re wondering why I have so much faith in the importance of people skills, Below are some of the typical complaint letters I received whilst running a mobile DJ business. These letters were from paying customers and clearly highlight the qualities that THEY despised. 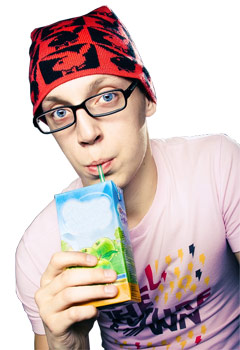 Letter #1: “We had the unfortunate experience at our wedding on 2/4 of seeing one of your DJs named Ron in action. Having 170 guests from one wedding complaining about the DJ, to me is not good business. Below is just a few things which stood out on the night:

1/ He constantly referred to my wife Tara, as Tory.

2/ He constantly referred to me (John) as James or Tony

3/ He proposed the toast to Tory and James.

4/ He played music that we insisted not be played.

5/ We instructed him to play old songs following the Bridal Waltz. This wasn’t done until one hour and MANY reminders had passed.

6/ He was told repeatedly to turn down the music, but just ignored our request.

But the main problem was his abuse of our offer to get a drink on the night. This was a big mistake as I didn’t realise you employed alcoholics. On numerous occasions he would order 6 rum and cokes plus drinks for his girlfriend. They were both offered drinks and food to have while they worked but were not employed by us to party all night at our expense.

Then, at 10:00pm when the drink money had run out (no wonder with his help) Tara and myself were interrupted during our photo session by John demanding payment to quote: “Where’s my money? The free drinks have run out, now I have to buy my own.” Lucky for him it was my wedding or he would have copped one right on the chin for talking to my wife like that…”

Letter #2 : “..I would like to express our disappointment regarding my daughter’s 21st birthday. There are quite a few points that I would like to make:

1) When we booked a DJ, we expected a ‘live DJ’ that would use his microphone and get people up to dance and get them involved. The only time he used his microphone was to announce that dinner was served and for my husband to make the toast. He did not even play Happy birthday when the cake was brought in.

2) Music wise, we requested a bit of everything, but basically only the current top 40 was played. This did not cater for all ages as we had people there from 3 years of age to 70 years plus.

4) We were led to believe that you had one of the largest ranges of music selection but nearly all requests on the night were unavailable.

As far as we’re concerned, we could have saved $300 and have had a better range of music and more participation from guests if we had put a sound system in the corner and played our own music…“

Letter #3 “… Dinner was over and we were on the dance floor. My fiancé was wearing a suit and found that his tie was getting in his way, so he tucked it into his shirt. And that was when an ill-mannered disc jockey made a comment over the microphone that I found totally offensive and in very poor taste. The comment was, and I quote: “Hey, look at that guy with the red tie. You know what they say about men and their ties.” (At this stage my fiancé’s tie was 4“ short.) The punch-line was that a man’s tie was a symbol of his masculinity and had everyone noticed that he hadn’t stopped fixing and playing with it all night.” That was the end of my evening.. “

As you can see, there’s a lot to be said for the soft skills. In our next post, we will delve deeper into this topic..